The Price of Solar Energy

Solar energy is becoming more cost-efficient — and cost-competitive with its fossil fuel counterparts. This gives the solar industry, as well as utilities and consumers, an alternative energy avenue to consider.

What Does It Cost?

The solar segment of the power industry continues its march toward the $1 per watt benchmark for installed cost. In 2016, the total installed cost for a single-axis tracking system dropped from approximately $1.40 per watt at the beginning of the year to roughly $1.20 per watt by the end of the year— an approximate 15 percent decrease — and it continues to decline in 2017. Installed cost helps determine grid parity, meaning that the installation cost per megawatt (MW) of maximum plant output to install solar resources is competitive with all other generating assets (coal, natural gas, wind, etc.). Simply put, the cost of implementing new solar resources is declining.

Increasing the number of solar resources and, consequently, solar MWs to the electrical system or grid affects utilities and consumers alike. Under most typical arrangements, solar resources generate on a “must take” basis with utilities, which means the utility must take the power generated from these resources regardless of whether or not the power is cost-competitive. When solar power achieves grid parity, solar resources will be cost-competitive with other generating assets despite the must-take arrangements. In either scenario, utilities are integrating alternative energy sources.

How Is It Affecting the Power Industry?

To get a pulse on the direction of solar, we can look to California, where solar resources have significant penetration in the market. Solar resources are producing what the market calls the “duck curve,” named for the shape of the graph produced, which looks like the tail, belly and neck of a duck. The duck curve correlates and tracks total load demand and solar power production over the course of a day. Historically, the total load demand curve is predictable and cyclical over a seasonal 24-hour cycle. As demand fluctuates during a day, so do market prices. Midday is generally the most lucrative time for utilities, because demand is most often the highest. Solar resources produce peak power output during that same time of day. As a consequence, solar resources significantly increase the supply when demand is the greatest, which drives down the market price for power and reduces profit for utilities.

What About Utilities and Homeowners?

Because solar resources produce output intermittently — due to weather variations and time of day —utilities need a means to handle rapid swings in output through increased fast-start gas resources (combustion turbines and reciprocating engines) and/or battery storage. Consumers might see incentives for operating major appliances and heating and cooling equipment (especially air conditioners) in the middle of the day instead of at night. 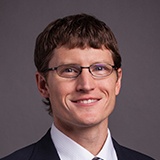