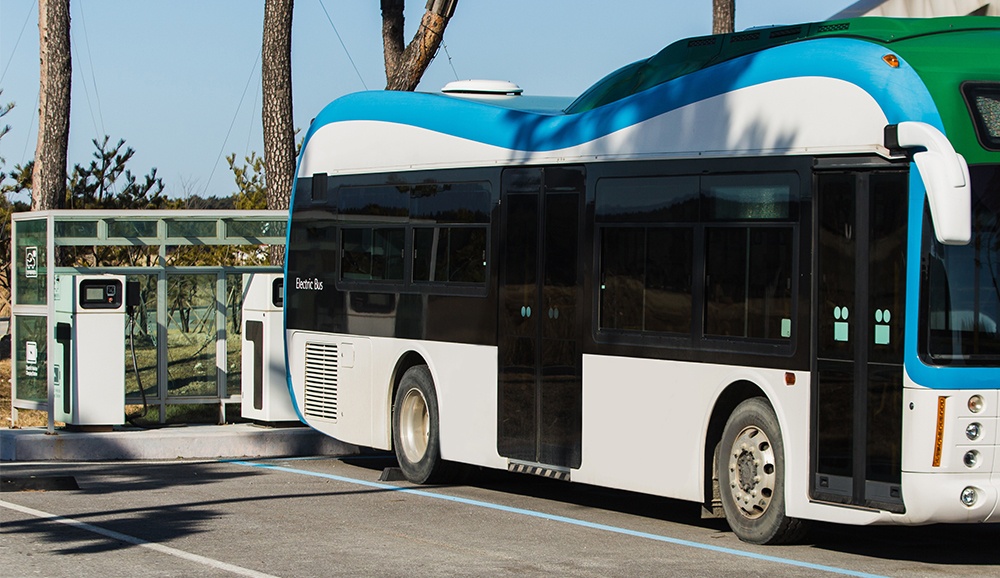 From King County Metro in Washington state to LA Metro and Foothill Transit in California, transit agencies along the West Coast are spearheading the electrification of bus fleets. Whether implementing pilot programs or exploring full-scale deployment, fleet electrification is on the rise. The reasons signify that electric buses are not a fad.

What exactly are the driving forces behind electric bus adoption? Aside from growing consumer demand, the uptick in electric bus interest can be traced to increasing regulations and incentives, shrinking total cost of ownership and technological advancements.

Much of electric bus adoption is driven by regulations, from the availability of federal or state funding to local laws or ordinances targeting emission reductions. This explains why the West Coast — especially California — is leading the way as states aggressively target greenhouse gas (GHG) emissions. Because the transportation sector and transit bus agencies are a significant emitter of GHGs, the California Public Utilities Commission was empowered by SB 350 legislation to promote transportation electrification by allowing the state’s investor-owned utilities (IOUs) to propose electrification programs to reach emission reduction goals. In addition, the California Air Resources Board (CARB) approved a $398 million spending package in December 2017 that provides $208 million in incentives for truck and bus fleets to go green. While this is California-centric, the $2.7 billion available across the U.S. from the Volkswagen Mitigation Trust funds will create an opportunity for transit agencies to replace diesel buses with electric.

The total cost of ownership (TCO) of electric buses, which is historically greater than other bus types, is quickly becoming more competitive. In some regions and with some applications, the TCO model has even reached par with diesel and compressed natural gas (CNG) buses, making electric buses a viable option for transit agencies. CARB, through the Advanced Clean Transit Working Group, has published a detailed TCO analysis reiterating the competitiveness of electric buses. To best understand the analysis, it’s important to know how the underlying cost inputs, from vehicle and fueling infrastructure to maintenance and fuel costs, and assumptions, including fuel consumption, fuel price and annual maintenance, will impact TCO.

The TCO is expected to continue trending downward as electric bus production increases, driving down the costs of the electric vehicles (EVs). Also driving down TCO disparity is the reduced maintenance costs. Electricity consumption costs are typically less than fueling costs, though these costs are dependent on each transit agency’s operation. Electric buses require new charging equipment and electrical infrastructure, but this is typically offset by fuel or maintenance savings. While electric bus TCO has not yet reached parity with that of diesel or CNG buses everywhere — analysts project that will happen in the early 2020s — there is overall potential for competitive bus TCO.

The advancement and availability of electric vehicle (EV) technology and infrastructure are making it easier for transit agencies to deploy electric buses. Range and charging times are improving, with a world record of 1,100 miles traveled by an electric bus on a single charge achieved by Proterra, albeit in a controlled environment. Hyundai also unveiled a new electric bus model with a 256-kWh battery that has a range of 180 miles — and can be fully charged within an hour. This continual advancement, and push for charging standardization across the industry, is promising for affordable and effective fleet adoption.

On-Board and Ready for Deployment

Electric buses are improving and could revolutionize the future of clean, affordable transit operations. However, as many transit agencies have learned through pilot programs, new options introduce new challenges. It’s vital for each agency to conduct a thorough, integrated analysis of its processes, needs and funding options to develop an electrification roadmap.

Written by Travis Bouslog
Travis Bouslog is a strategy and innovation manager at 1898 & Co., part of Burns & McDonnell. He works with the transportation electrification team to develop solutions for light-, medium- and heavy-duty electric vehicles. He has experience providing innovative solutions to clients through product development, investments and strategic partnerships. Travis has a Bachelor of Science in civil and environmental engineering from the University of Iowa and a certification in disruptive strategy from the Harvard Business School Online.